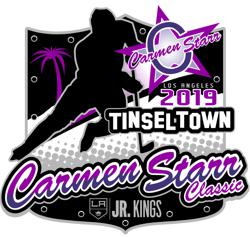 “This event has solidified itself as the premier spring showcase on the West Coast, and we expect it to become even bigger and better in the coming years,” said tournament director Brian McDonough. “There was plenty of great competition in every division this year, and that speaks volumes about the effort each player, coach, team manager and family put forth to make the weekend such a success. We want to thank them all for participating.”

Kings Cove and Grimaldi's Pizzeria served as restaurant partners for the event, and PSE Event Housing successfully coordinated all hotel accommodations for out-of-town teams visiting over the weekend.

All 14U and 12U games played at Toyota Sports Center were streamed live via the Internet through LiveBarn.com.

“We have an exciting 2019-20 tournament calendar lined up and are looking forward to hosting a lot of great programs from not only California, but across North America,” McDonough said. “Between our first-class home facility (Toyota Sports Center), proximity to LAX and the great competition we regularly attract, coupled with everything else the Los Angeles area has to offer away from the rink, our events are weekend destinations an entire family can enjoy.”