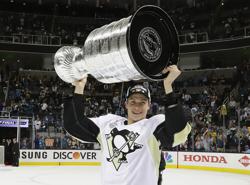 Bennett, who played a season of juniors with the British Columbia Hockey League’s Penticton Vees followed by two years of NCAA Division I at the University of Denver, was originally drafted by the Penguins in the first round (20th overall) in the 2010 Entry Draft.