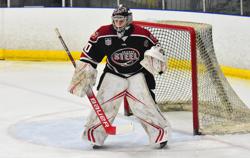 A 2000-born goaltender, Shane forged a 16-3-1 record to compliment a 3.25 goals-against average and .886 save percentage in 21 appearances this season with the United States Hockey League’s Chicago Steel.