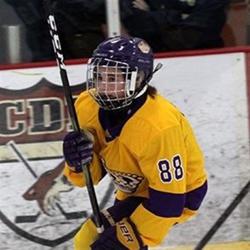 Players not selected in this year’s U.S. Prospects Draft will remain eligible to be selected in the 2021 WHL Bantam Draft, which will be held on Dec. 9, or listed by a WHL club at any time thereafter.

The WHL is widely considered one of the premier junior leagues in North America. It has developed countless players for the professional ranks, including the NHL.

Goaltender Dustin Wolf, who was selected by the Calgary Flames in the 2019 NHL Entry Draft and is now in his first pro season with the American Hockey League’s Stockton Heat, is also a WHL graduate.