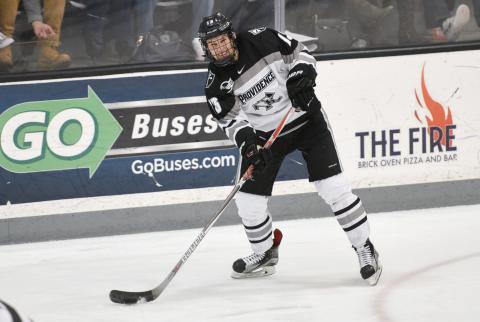 Two former Los Angeles Jr. Kings - Garrett Gamez and Josh Wilkins - will compete in this year’s NCAA Division I national tournament, which begins this weekend with regionals at various locations around the country.

Both members of Providence College, which is ranked No. 13 nationally, Gamez is a sophomore forward on the club; Wilkins is a freshman forward.

In 29 games this season, Gamez has totaled nine points on four goals; Wilkins has 13 goals for 31 points in 38 games.

The Friars will take on Harvard University in its first game of the tournament in Providence on Friday (1 p.m. Pacific time).

The winners of their respective NCAA regionals this weekend will advance to the Frozen Four in Chicago, where the semifinals will be played on April 6 and the championship game on April 8.