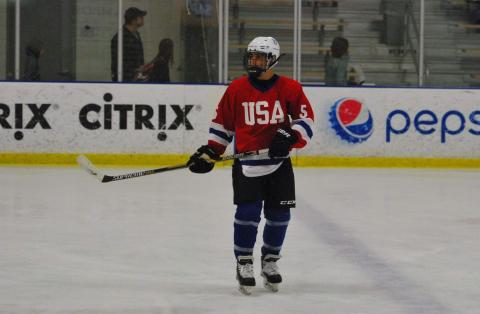 Kent, a defenseman from Ladera Ranch, is in his second season skating at Delta Hockey Academy, which is located in British Columbia.

In October, Kent committed to attend and play his NCAA Division I hockey at Connecticut’s Quinnipiac University following his prep school and junior careers.

In 1996, USA Hockey launched the National Team Development Program, originally based in Ann Arbor, Mich. The goal of the full-time development program is to prepare student-athletes under the age of 18 for participation on U.S. National Teams and success in their future hockey careers. Its efforts focus not only on high-caliber participation on the ice, but creating well-rounded individuals off the ice.