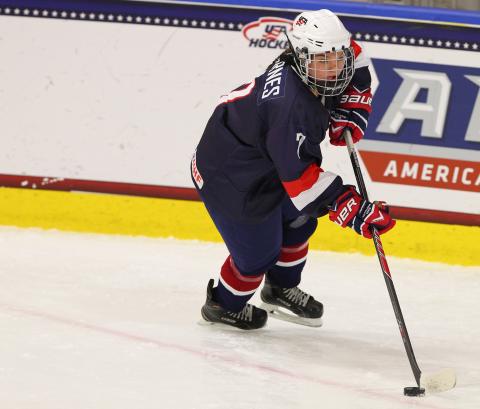 Former Los Angeles Jr. King Cayla Barnes was named to the 2017 U.S. Women's National Under-18 Team that will compete at the upcoming International Ice Hockey Federation (IIHF) Under-18 Women's World Championship, which will be showcased from Jan. 7-14 in Zlin, Czech Republic.

No stranger to the international stage, Barnes, a 1999-born defenseman, was a member of Team USA's 2015 and 2016 World Championship-winning squads.

Barnes was named the Best Defenseman at last year’s tournament and also recognized as one of Team USA's top players.

A Corona native who has committed to play her NCAA Division I hockey at Boston College, Barnes is in her senior year at New Hampshire’s New Hampton School.