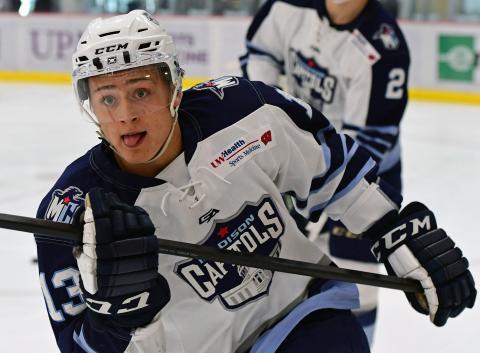 Raabe, from Capistrano Beach, will attend and play his NCAA Division I hockey at the University of Michigan. Now in his third year with the British Columbia Hockey League’s Wenatchee Wild, Raabe has tallied eight goals for 18 points through 16 games to start the season.

Selanne (pictured), from Coto de Caza, has committed to Northeastern University. In this his second year skating for the United States Hockey League’s Madison Capitols, Selanne has a goal and an assist through eight games.

Michigan, coached by Red Berenson, competes in the Big Ten Conference; located in Boston, Northeastern, coached by Jim Madigan, is a member of Hockey East.