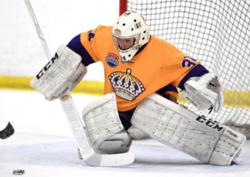 Minnehan was selected by the New Jersey Rockets; Ruh by the Maine-based Twin City Thunder; Plaga by the Massachusetts-based South Shore Kings; and Bonrouhi by the Connecticut Jr. Rangers.

All 2003-born players, Minnehan, Plaga and Bonrouhi play on the Jr. Kings’ 16U AAA team; Ruh skates for the club’s 15U AAA squad.

The USPHL’s NCDC is a 12-team tuition-free junior hockey league located entirely in the Northeastern United States. The league and all of its teams position themselves as fully united and dedicated to the mission of player development and advancement to college hockey.